The Happiness Principle: Why We Need A Personal Philosophy of Happiness

Happiness is a universal human objective. We all want to be happy. But how we define, pursue, and maintain happiness often seems vague and elusive. That is why we need a personal philosophy of happiness.

The presentation in this section lays out the underlying considerations and examines why other avenues of securing happiness are not succeeding. And it describes how we can arrive at our personal philosophy, guided by a deep understanding of our happiness. Happiness then reveals itself not only as our ultimate objective but also as its own organizing principle: The Happiness Principle.

The video is closed-captioned. A transcript can be viewed on this page below or in PDF format. The text below contains a segmented audio version. Access to and use of the text, audio, and video are subject to the Terms of Use, and by accessing any of them you confirm you have read and agree to the Terms of Use. 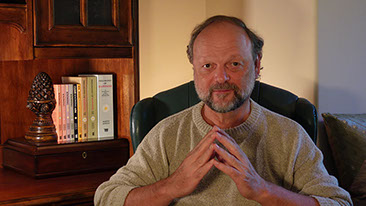